The new buy-to-let stamp duty is probably the most important factor for anyone involved in property from yesterdays Autumn statement by George Osborne.  In his hour long speech, the Chancellor revealed his financial plans and how this will affect finances of the UK public, property investors and second home buyers.

One of the headlines of the Autumn Statement 2015 was what many would see as the rather ambitious plans to make it easier for young people to get on the housing ladder. The strategy will basically involve subsidising developers to build more starter homes, which will then be subsidised further by the government so the are affordable to first time buyers. To finance these subsidies, the Chancellor is hoping to raise to £1B by 2021. This will be generated by way of the new buy-to-let stamp duty of 3% on any buy to let property or second homes.

Many existing property investors are already considering the effect of George Osborne’s changes to the buy-to-let interest tax relief he announced in July. This will scrap the tax relief on the mortgage interest payments meaning a significant loss in income for many of the UK’s 2M private buy-to-let property investors. By significantly reducing the potential income for property investors this could have the adverse effect and actually deepen the housing crisis further. This bill has two fundamental problems that Osborne and his advisers have not considered.

The net result for the people Osborne is trying to help is;

So existing landlords are forced to be more creative and now new landlords are facing higher barriers to entry with the new buy-to-let stamp duty. Revenue will still be generated at the higher end of the market but this sector has already slowed due the Osbornes SDLT reforms in Dec 2014. Under the old regime SDLT on a £3M purchase would have been £210,000. Now it is £273K. If an investor buys 3 units at £1M instead of the one at £3M his liability is then 3 x £44K totalling £132K. Now adding the extra 3% onto each purchase the total is still only £222K so still £48K cheaper than the new levels.

When the wind changes, a ships crew has to reset the sails for a new route to their desired destination. The Autumn statement news is still quite fresh but already loopholes are being discussed. Information is still scarce so strategies cannot be refined but no doubt there will be ways around this, that is if it actually concerns you. Over the last 25 years this is it not something we have not seen before in any of the 15 countries we have bought property around the world. The UK’s property taxes have traditionally been quite stable compared with the more volatile markets in Asia. Once everyone gets over the initial shock of the new buy-to-let stamp duty they probably realise the damage is actually not that bad compared with the potential upside. Many sophisticated investors see change as an opportunity and an extra 3% SDLT is unlikely to deter the international billionaire from buying a second home in London….if they want to. The risk for the UK property market now is that investment and second home demand from upper end is driven downwards into the middle and ultimately the lower end of the market. This increased demand at the lower end will drive prices up and make it more competitive for first time buyers.

So will Osbourne achieve what he set out to do with the new buy to let stamps duty reforms? His primary objective was to get more people on the housing ladder at the entry level by providing more subsidised housing.

Osborne’s initial SDLT plans in 2014 have back fired, the higher end of the market has stalled and demand has been driven into the lower end as investors pay less SDLT on multiple units rather than one big ticket. The results in less revenue generated as mentioned above.

Many investors now see the “round trip” buy and sell costs in the UK as too high which could drive investment demand and potential revenue abroad.

At the lower end of the market, landlords may start to accept cash for reduced rent so this decreases revenue declared.

We could see a rise in the number of collective investment vehicles where the new buy-to-let stamp duty is not due. This is more likely to appeal to novice investor as the benefits to single title ownership far outweigh funds if you can afford to but 15 units at one time.

THE FUTURE OF BUY-TO-LET

Property still remains the only asset class that can be leveraged so a 3% charge is fairly insignificant in the general scheme of things.

Buying the right property at the right price is now even more important. The Buying Agents save our clients significantly more than 3% in over 90% of all transactions.

Property markets are always cyclic so now could be a good time to let the dust settle in the UK and balance your portfolio with some international property.

For further information on any of The Buying Agents services, please contact us or a no obligation consultation.

This author hasn't written their bio yet.
Henry has contributed 15 entries to our website, so far.View entries by Henry 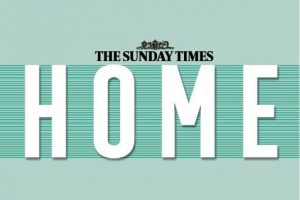 The SDLT shake up from George Osborne is explored by[...]