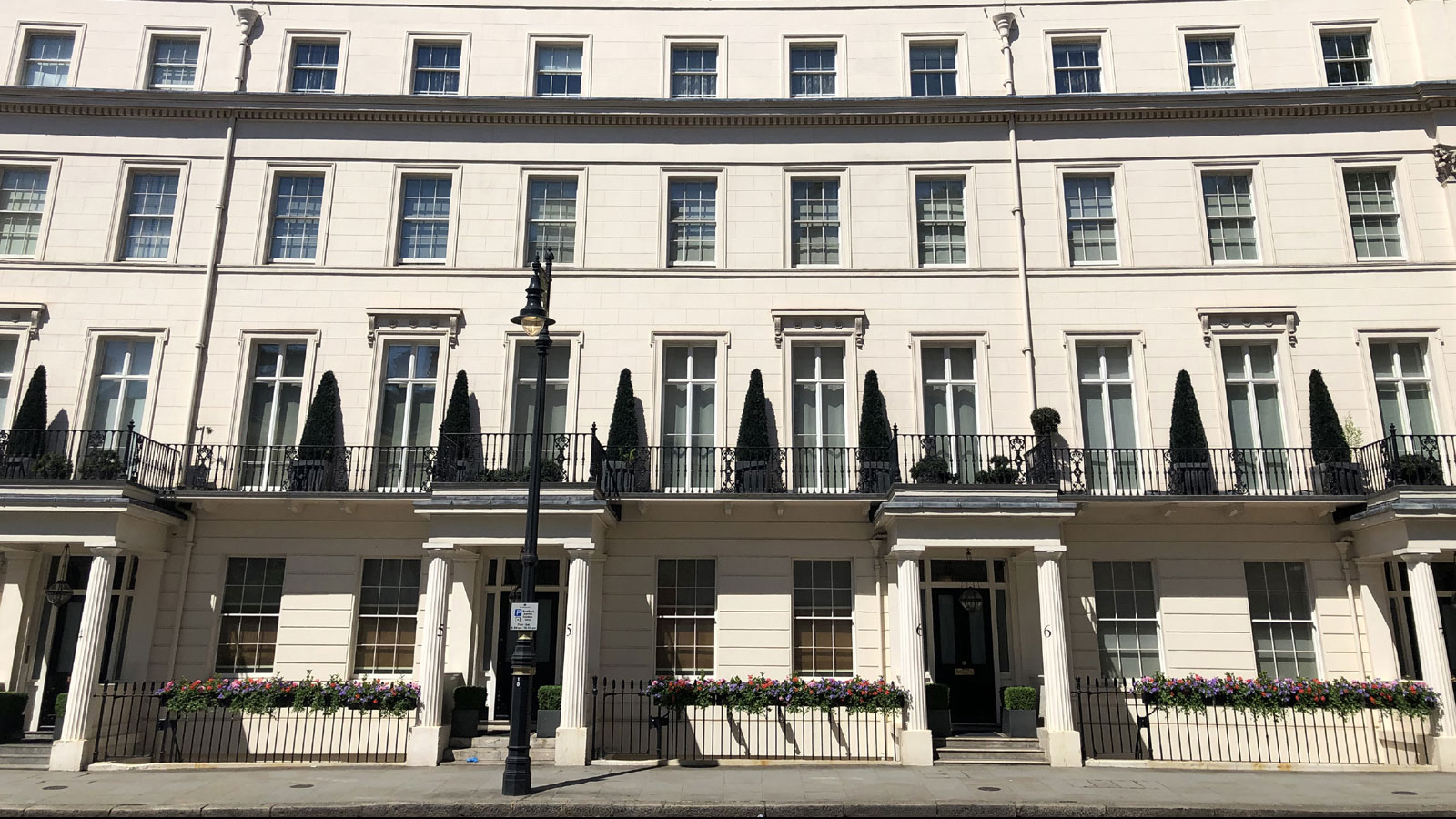 Belgravia is one of the wealthiest districts in the UK and the world. It is located in the City of Westminster and the fringes of Kensington and Chelsea. The area is bordered by Knightsbridge Road, Grosvenor Place, Buckingham Palace, and Sloane Street. Belgravia’s crown jewel is Belgrave Square, one of the largest and most grandiose 19th Century squares in London.

While recognised for its world-class restaurants, Belgravia was also ranked by Forbes magazine as the top district for exceptional high-end designer shopping in London.

With much of Belgravia falling under the Grosvenor Estate, many of its signature white stucco houses have been used as embassies, professional offices and charity headquarters since the post-war years. However, in recent years there has been a marked increase these properties being returned to residential use.

Belgravia buying agents regularly gain access to the ultra-prime properties with a distinct style: grand terraces with imposing white stucco houses, most of which were built in the second quarter of the 19th Century by master builder Thomas Cubitt, and some of which have been converted into highly sought-after lateral apartments. While Upper Belgravia Street boasts some of the world’s most expensive properties, many of Belgravia’s most desired residences lie around charming garden squares, such as Eaton Square, Chester Square and Lowndes Square, which are typical of the area’s period architecture.

Belgravia is a very popular area for second homes and international bases. A high proportion of owners have the primary residences either outside London or overseas. It is also extremely popular home buyers due to it’s central location and elegant stucco buildings serving as wonderful grand family homes for those who seek out the peace and quiet of the area. Home buyers in Belgravia are drawn to the area because of its historic architectural beauty, its prestigious exclusivity and accessibility at the heart of the capital and, of course, its first-class shopping.

As an area renowned for its super-prime property, the best Belgravia property is always in extremely high demand. Due to Belgravia’s central location, excellent amenities, and internationally respected reputation, owners rarely move out of the area. This impacts supply, increasing the competition for the finest homes. The best properties in the best addresses are usually sold off-market, another reason for retaining Belgravia buying agents.